“We were delighted with the solution provided by Jade and Zebra.  EV Cargo’s strategy is to innovate and deliver on operational excellence as we know the improvements will impact our customer base and their experience.

The team at Jade Solutions understand logistics and always work strategically with us to provide solutions to align with our overall strategy, rather than a short-term fix.  Zebra products themselves are absolutely first class. Previously we’d typically have up to 50 scanners in the repair loop at any one time – now we have very few, if any. The cost-saving and efficiency improvements have been substantial” – Stephen Szikora

EV Cargo’s picking operation is a constant, operating 365 days a year. As the process it deals with is food products, it has to be fast and accurate. Pickers have to verify with each pick that a newer product hasn’t already been shipped to that retailer. They do this by scanning the barcode of each product and pallet, sending a wireless request to the warehouse management system, which then sends confirmation that the product can be picked. Stock counts also have to be both speedy and accurate.

With EV Cargo’s distribution resource planning being constrained by equipment repairs and the fact new stocks were no longer available, it was clear that in such a fast-moving environment, broken or faulty scanners could not be tolerated.

“It was clear that we needed a more robust and rugged set of mobile computers in our picking operation that could withstand low temperatures. Initially we purchased 30 Zebra Technologies mobile computers with integrated scanning capability from Jade to trial in Daventry and they outperformed the existing scanners in both durability and operational capability” – Stephen Szikora (IT director, Distribution Operations)

EV Cargo show Improvements across the board…
The introduction of the Zebra wearable computers has significantly improved EV Cargo’s picking accuracy and performance due to the robustness of the equipment.

They have also been a big hit with the operational staff of EV Cargo, removing the frustration of the core picking team who are now no longer hindered by poor equipment and now benefit from the hands free operation. The result of this has meant the efficiency of the picking team improving considerably.

Zebra computers high reliability have also had another cost benefit. Not only is the picking operation much quicker and smoother, but the IT burden has lessened considerably too.

In a recent review it was found that EV Cargo have made significant savings on its wearable computer maintenance repair bill and have achieved a return on investment on the project outlay in just a few month EV Cargo.

With innovation always a key driver for EV Cargo, the wearable computers will also give the option of moving to voice-activated picking in the near future, with improvements planned into the original project.

Come and meet us

Give us a call

Drop us an email

From in-store handhelds & printers to networking and customer management, all wrapped up with the Jade service.

Some of the largest restaurant & hospitality brands in the UK trust us to manage their IT systems.

Whatever you’re moving or warehousing, we have a track record of providing robust & proven IT & device solutions.

We can provide you with the technology needed to turbo-charge your production lines, WIP and deliveries. 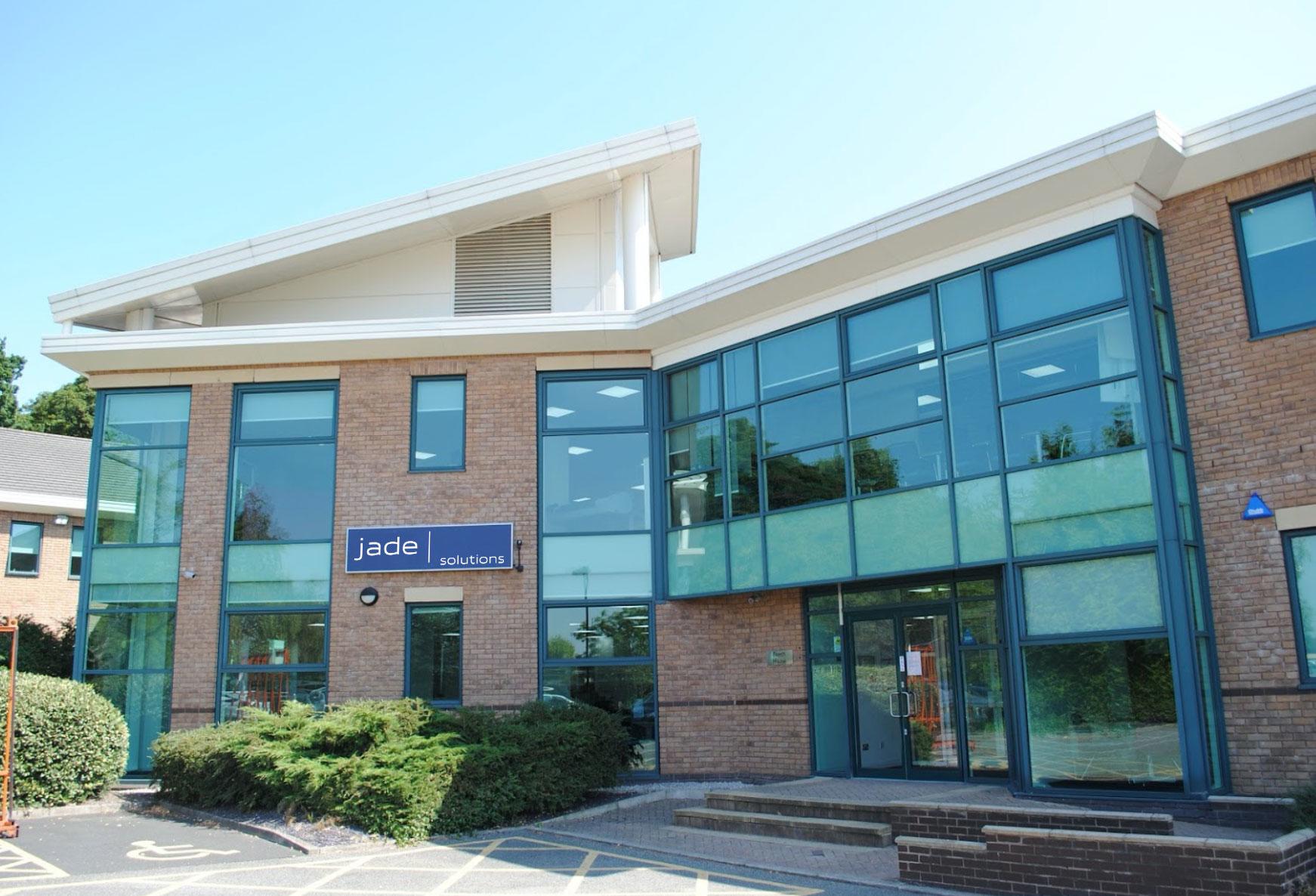 Find us on Google Maps
Drop us your details below and a member of the Jade team will be in touch with more information.

One of the members of the Jade team will be in touch shortly.